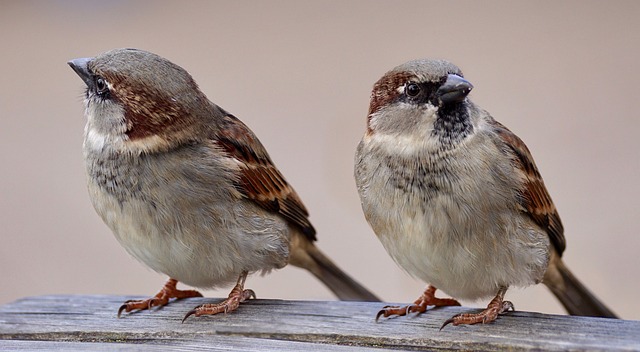 Meet the Spendly family – parents and 5 children aged 8 – 23 who live in the center of the country. Mrs Spendly works in hi-tec and Mr Spendly is in formal education. They invested heavily in crypto over the past few years and used their profits and salary bonuses to buy a beautiful, large house that they renovated. They also took out a mortgage so they could buy top of the range furnishings and assorted gadgets. Fortunately, Mrs Spendly still has her job in hi-tec but end of year bonuses and a raise have been eliminated. Although rumors are circulating in the company of upcoming cutbacks nothing has been announced officially yet, so hopefully she’ll be fine.  Mr Spendly remains employed with his same salary. Despite the drop in expected income, they are taking advantage of the November sales to buy a range of items for the whole family, as the deals are just too good to pass up. Internet shopping is so effective when you can see all the very cheap prices being offered globally. And between Black Friday, Cyber Monday, Chinese Singles Day and the countless other creatively named sale days, there is no end to the list of ‘must haves’. Even their 8 year old is proficient at ordering online now. It’s impressive how computer savvy he became after he was forced into online education during the covid years. The Spendlys are thrilled with all the money they are saving by benefitting from all these amazing and varied sales, before the year end.

The Chekman family are very similar to the Spendlys in family composition, careers and geographical location.  They too invested, but in the traditional stock and bond markets, steering clear from new age investments like crypto, SPACS and the metaverse that they didn’t understand. They saw some of their friends making vast profits (on paper mostly), but were too wary to get involved. They did use some of their hi-tec payouts to improve their standard of living slightly but put most of their monthly savings into the market. Mrs Chekman still has her job in hi-tec and while the salary freeze and lack of bonus will hurt, it won’t affect their standard of living as most of these extra payments were being invested.  Although they have also been bombarded by November sales ads, they first check what everyone really needs before ‘clicking’ to buy. By preparing a list in advance and sleeping on all decisions they all manage to avoid impulse shopping. They explained patiently to their frustrated 8 year old why impulse internet shopping really benefits the sellers, rather than the buyers. However, the Chekman’s 21 year old daughter is actually more effective at getting their message across, having had more years being exposed to her parents’ thinking. During November the Chekmans are focusing their time on making sure they are maximizing the end of year saving rather than spending opportunities. Among other things, they are setting up their tax-free contributions into their kupot gemel, and showing their 23 year old how to see if he is eligible for a ma’anak avodah (work grant).

The Spendlys are on a treadmill – constantly moving yet getting nowhere. Their incomes are not enough to cover the maintenance of their beautiful home and provide for the needs and many wants of their children. The salary freeze at work is going to impact their standard of living as they relied on the bonus to get by. Unfortunately, stock options are underwater and likely worthless. Their mortgage payment has now grown by almost 25% as interest rates are having an increasing impact on their variable rate mortgage, taking up a larger part of their monthly income.  But they’ve been assured by their mortgage broker that interest rates can’t go up much higher…

Their savings were decimated by the crypto wipe-out, but there is still enough for them to withdraw monthly to cover their expenses, so they haven’t yet had to take out more than a few loans for some of the trips they have taken.

In addition to losses in the value of their crypto portfolio, the FTX collapse has wiped out a large part of their net worth.  But they still believe that crypto is the next future wave and that it will go back up.  They might not recover all their money but are hopeful that something will still come out of their investment.  Thankfully, both spouses have continued to invest monthly into their forced Israeli savings programs, their pensions and kranot hishtalmut.  Who would have thought even a year ago, that Israeli government compulsory plans would make up the bulk of their long-term savings.

Mr and Mrs Spendly are convinced everything will turn around and they will be fine. After all, they have at least 15-20 years till they retire.  Additionally, they feel very strongly that their children shouldn’t feel deprived of anything that their friends and neighbors have. In that way, they are sure that the kids will grow up confident, self-sufficient and successful.

After the hi-tec and market crash the Chekmans assets are down. However, because they have a diversified portfolio, both in shekels and dollars, and in Israel and abroad, they have fared better than the market, especially compared to the USA market, which has gone down significantly this year, much more than the Israel market.

Despite losing money ‘on paper’ with their investments, they are persevering with their steady saving strategy, continuing to buy into mutual funds and ETFs at the now lower prices, taking advantage of the market falls.

The Chekmans really aren’t thrilled that the markets are down and the hi-tec market hasn’t yet recovered, as it means that their extra monthly saving contributions are less. But they continue to live well, and well within their means, while ensuring that they will be able to maintain their standard of living during the decades that they hope to be able to enjoy in retirement.

However, more importantly to them, they share their strategy and reality with all their children. They feel that by exposing their kids, from a young age, to the reality of the financial ups and downs of life, they are giving them a priceless education that will help them grow into confident, self-sufficient and successful adults.

Take responsibility for your finances

The joys and challenges of the sandwich generation