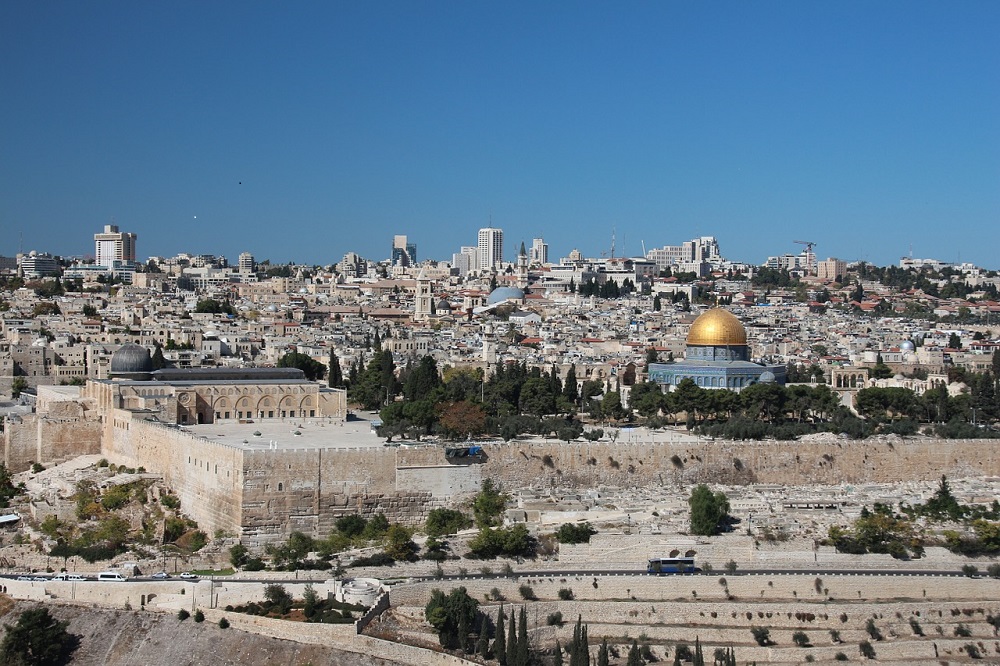 If you are one of the many people about to make that huge, fantastic move to Israel in the near future – mazal tov and behatzlacha! However, amidst all the excitement one of the main issues that is probably concerning you as new olim is the question – where are you actually going to move to and what type of home will you move into?

If you are moving here in the summer now is the perfect time to starting weighing up the pros and cons of the various options open to you.

It is incredibly important that the location you choose for your home will give you, and if you are coming with a family – your family members too, as soft a landing as possible.  There will be countless changes and adjustments that you will need to make living here, so you must ensure that the location you select gives you the support you all need.

Do your research before choosing the location.  Although naturally people can and do move within Israel after making Aliyah, it is obviously much less disruptive if you can put down roots and stay in one place sooner rather than later. And the different locations have different financial ramifications.  Most Anglos moving here will want to live in thriving Anglo communities as that will often make their adjustment much easier from a cultural and language perspective in the short term. But that generally comes with a price both financially and integration-wise within Israeli society.  Moving into highly sought-after Anglo communities not only often means more expensive rents and home prices, but the standard of living and cost of living can also be higher as your family gets used to a certain lifestyle.  It’s critical that you move to a community into which you can integrate not only socially and culturally, but also financially.

If you have financial constraints (e.g. a limited budget for renting and/or purchasing) instead of looking at the top two or three locations that Anglos migrate to, open yourself up to the many other places that also have thriving, albeit smaller, Anglo communities.  Your housing costs whether they be rent in the short run, or a mortgage in the long run, can have a major impact on your monthly budget.  The size of your home also impacts tremendously on overhead costs which you will want to manage carefully in the first year of Aliyah.

Last month the treasury and health ministries renewed the program that offers grants to doctors who live in the periphery.  If you or your spouse are a doctor, that might be relevant to your decision-making process. Take the time to contact Anglos who live in different areas.  The various forums within social media make it easier than ever to connect with people and get a sense of the pros and cons of each location.  Ask your questions and connect with people across the country before deciding where to unpack your bags.

Once you have made the first major decision of where to live, you then must decide whether to rent or buy, and what to rent or buy.

Justifiably many of the potential olim that I talk to are very disappointed with the state of the Israeli real estate market which is more expensive than many western cities when it comes to buying a home.

Over the past few years, more and more families have been priced out of the property market.  Young couples, olim and even veteran Israelis find it increasingly difficult to afford an apartment in their chosen areas of the country (near family, friends and employment).  After such consistent growth in prices what can we expect in the future?

My constant claim over the last few years has been that when prices rise consistently to a level higher than that which people can afford (based on average salary levels), something eventually has to give.  Either prices end up plateauing and there is little price appreciation for a number of years while inflation erodes the real value of prices, or there is a much larger adjustment in the value of real estate, as we saw in the USA and many other countries worldwide in 2007-9.  Statistics released in the beginning of May indicated the first quarterly decrease in real estate prices in Israel in a very long time.  But does that mean you should wait and waste all that money on rent?

If you can afford to buy at current levels, and you’re not considering the purchase primarily as an investment – then fine, buy, especially if you are comfortable with the reasoning that what happens to the value of your investment is less important than the benefit you will gain from owning your own property.  As long as your mortgage is not structured too largely as a variable rate mortgage (that will go higher as interest rates rise – and they will start rising at some point over the next 25 years …), you probably should be fine.  (I grant you that this was a gross over-simplification, but it will have to do for the purpose of this brief article).  However, if you’re stretching it financially more than a little, banking on all the stars aligning so that you might be able to afford your mortgage, then that’s a completely different story.

And to that equation you can now add the government’s current plans aimed at reducing property prices. For years the government has been committed (at least in formal declarations) to reducing the value of real estate prices.  But for various reasons most of the proposed steps were either vetoed or ineffective in lowering prices.  This was due to a variety of causes including investors and the natural population growth creating a strong demand, with bureaucratic machinations from local authorities creating a lack of supply – the reasons don’t matter at this stage.  But as mentioned above, recently we have been seeing that the changes are beginning to make a difference.

As this trend continues and we see a longer period of at least stable housing prices, the more hopeful I am that it will help break the local psyche which says that real estate prices only go up in Israel.  In the long run, real estate prices in Israel have indeed appreciated, but that assumption can well be false in the short term (see the 2000-2006 period as an example).  Prices go up but they can also go down.  However, breaking this current mindset could be the most important element of the proposals as they give people a major incentive to slow down that purchase, reducing demand, which leads to reduced prices.  If I were a first-time home buyer, I would think very carefully before buying now unless it was through a government subsidized program.

And if you are moving to Israel this summer, renting might make even more sense for you, bearing in mind the above points. Renting gives you the breathing space to assess the area that you have moved to and see whether it’s the right fit.  Buying a home is a huge decision that you should never be pressured into.

There are those who view renting as a waste of money as there is no long-term benefit for the monthly amount spent. I won’t argue that perspective but it can also be viewed for the long-term benefits that can be gained by not rushing into purchase and the accompanying agent and legal fees that you might regret, not to mention buying at the height of a very inflated real estate market.

I keep saying it to potential olim as well as my veteran oleh readership.  Unless you have very compelling reasons to purchase right now, think twice about buying at current prices which are beginning to show signs of slowing their increase.  Real estate is an investment and like all investments, what goes up can definitely come down.

homehousing in israelhousing prices in israelreal estate in israel
Previous ArticleThe Israeli housing market – what goes up must come down?
Next ArticleAre your investment returns lower than you hoped?