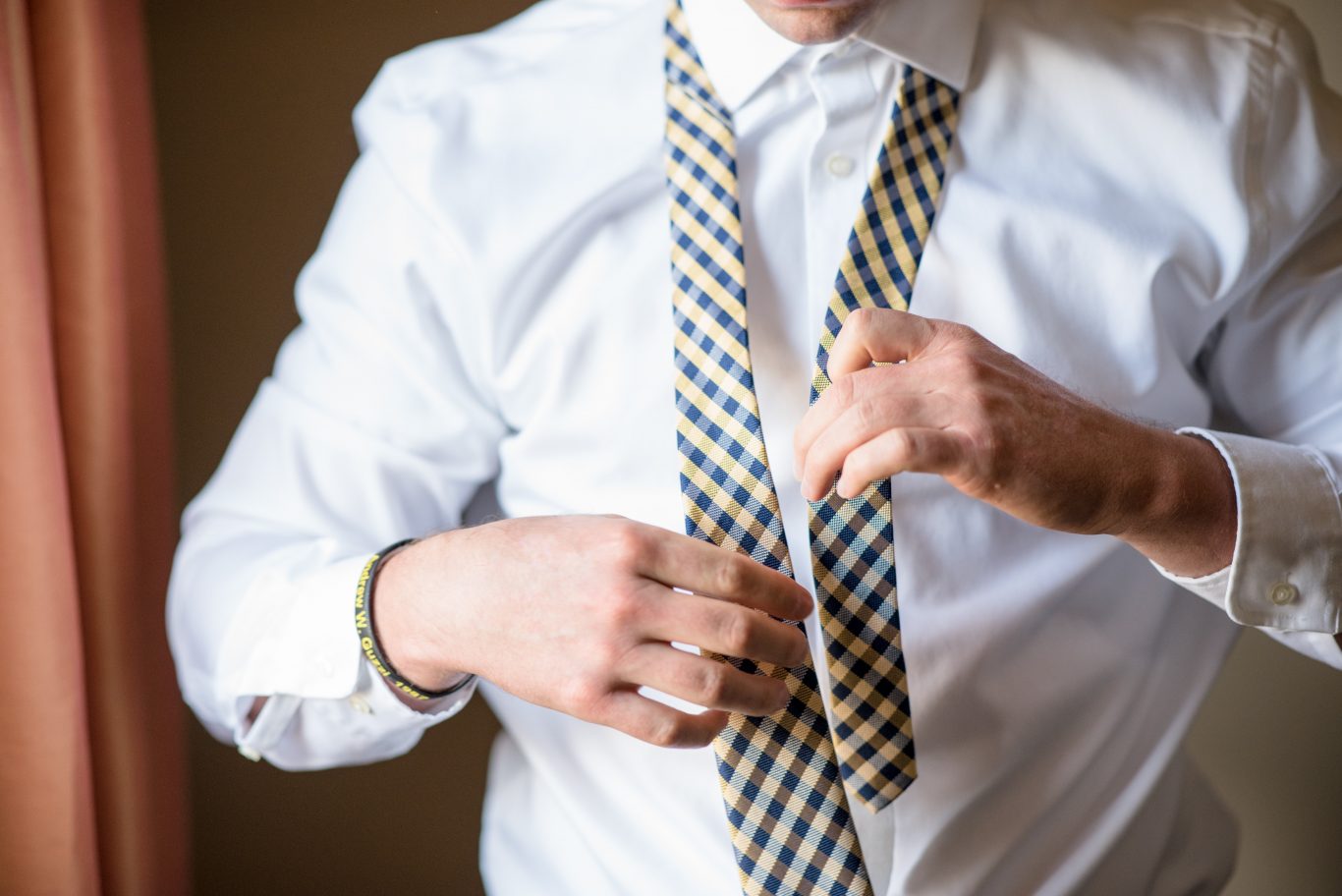 Not dressed up and somewhere to go

I recently attended a very memorable wedding. Memorable not only because of the wonderful bride and groom and their families – although they were and are! Memorable not only due to the fantastic atmosphere – although it had that. This wedding will remain etched in my memory because I felt so uncomfortable there.

I was running late from work and rushed out the office in order to make it in time for the Chuppah. In my haste, unfortunately I forgot to take my jacket with me. And whereas there are weddings (especially in less formal Israel) where the person wearing a jacket stands out, this was the opposite. I was literally one of the only people at that wedding jacketless. I really don’t have an inflated sense of my own importance, and I know that the bride and groom, rather than my attire, were the focus of the hundreds of people there – but I can’t begin to describe how uncomfortable I felt. And there was very little I could do about it. Having cut it tight timewise I missed the reception entirely, and had I left to go and pick up my jacket I would have missed the whole Chuppah and most of the evening, something which I was just not prepared to do. So I stayed … although it would be false to claim I fully enjoyed the occasion.

I’d like to think I’ve learned my lesson and will ensure I’m properly prepared before I rush out that door for a simcha.  But it got me thinking about how frequently we put ourselves in situations where we aren’t properly prepared, and then can only regret how things turn out. And the specific situation that is paramount in my mind is the whole issue of retirement planning.

The past few weeks and months I have sat with an abundance of new clients who are recognizing the importance of getting their finances in order and starting to ramp up their savings as they approach retirement age. I understand that many people find it very difficult to put aside money for a period of time that may seem very far away (in many cases even decades from now). But ignoring the issue and arriving unprepared at that time of life when most people hope to slow down and enjoy themselves, is much worse than just arriving at a wedding not properly dressed.  My discomfort lasted only several hours but coming unprepared for retirement can impact your life for decades.

Once upon a time people expected to retire late in life and given life expectancy, live in retirement for maybe 10-15 years at maximum.  But today, with life expectancy growing by a year every four to five years, people are living longer, healthier, fuller lives and they need to prepare financially for this period of time.  We all hope that we are blessed with a long and healthy life, but have you thought how you will  finance those decades? Medical achievements mean more years in retirement – with no monthly salary coming in, but with almost the same amount of expenses. Research shows that people need 80%-100% of their monthly salaries post-retirement. It’s a fallacy to think that you won’t need as much money to maintain your desired lifestyle.  Your budget is likely to be constructed differently than it is now but it probably won’t be significantly less.

After working virtually your entire life the chances are that you will want to be like most people and have the luxury of being able to spend how you want on what you want, rather than being forced to cut back.  But you won’t have that option if you have prepared insufficiently for your retirement. The Israeli government mandated savings plans can help tremendously but they will only have a real impact if people contribute for decades based on significant salaries earned.  For those who start later in life or contribute based on a lower salary level, the amount saved will help but will probably not be enough to sustain your current lifestyle.  Don’t make assumptions. Do the math and calculate what you can expect and then make the appropriate adjustments to the other elements of your retirement plan including:

So if you haven’t already done so, get your financial affairs in order. Make sure that your savings will be sufficient to fund your retirement. The longer you put it off, the less prepared you will be. As uncomfortable an experience as my jacketless episode was, that was one evening with no long-term effects. Arriving at your retirement without the proper preparation will have serious long-term ramifications that could even potentially destabilize the foundations of your family relationships, should you need to be dependent on your children. And that is definitely not a scenario that anyone wants to envisage.

The good news is that this doomsday scenario is avoidable … if you do everything now in your power to avoid it.

The end of a year … the beginning of a plan