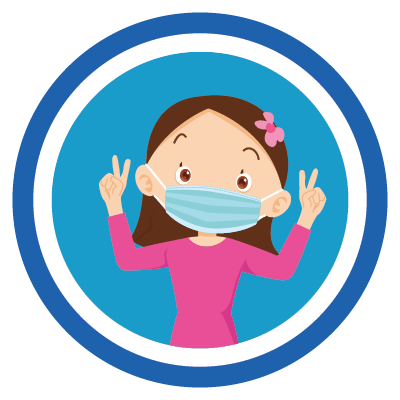 Pollyanna, the heroine of a children’s classic series, who remains overwhelmingly optimistic despite negative occurrences, became a synonym for someone who has an unfailingly positive outlook. What would Pollyanna make of corona?

Israelis often have a ‘Pollyanna’ outlook. יהיה בסדר Yihye beseder It’ll be okay – is a phrase that veteran olim are very familiar with, and one that potential olim learn quickly. Whereas, this attitude is a bit of a culture shock for many dual citizens who are often accustomed to a more structured and cautious attitude in their home country, there is also something liberating about the spontaneous, throwing caution to the wind approach.

Being positive in life is a good thing. It helps us deal with many challenges in a more effective way, when being negative sometimes prevents us from taking action.

When positive can be negative

The problem occurs when positivity becomes the driving emotion and crowds out the application of practical plans. From my experience based on meeting countless clients over two and a half decades, people don’t like to plan. Many plan only when a situation forces them to, but they much prefer to ‘wing’ it. And to a degree, most of the time, a lot of people manage just fine. If they can’t retire exactly when they had hoped, then they work a bit longer. Perhaps an inheritance comes through. Often things work out, and that’s why so many people are quite content to live month to month.

While our parents and previous generations were hiding gold and silver under the mattress for a rainy day, the younger generations (which includes most Israelis) can barely get through the month.  ‘Why save when I can enjoy myself today’ is often a typical catchphrase.   Clients often avoid planning and justify their complacency with stories of people dying young.  Yes, some people unfortunately do die before they can enjoy their savings, but that shouldn’t stop people planning and preparing, rather than potentially leave themselves open to a financially insecure retirement. Most of us will indeed retire and need to have the resources to live comfortably for our longer and longer life expectancies.

Psychology plays a huge role in our attitudes and habits. We generally do okay so why change our lifestyle? Which was sort of alright until corona. Most of us have grown up in a pretty secure world. Yes, there are wars and disasters, but we were a long way from the wandering Jew who was thrown out of his home with no infrastructure to protect him or help cushion the blow. Many of those who survived the holocaust or the depression have a very different attitude to money. They grew up in an era where they had no security. Those of us fortunate to have been born after that period take for granted the stability of our governments, with the social benefits that are part of the package. And in that reality many of us have become complacent in the knowledge that someone, somewhere will help if things get really bad.

However, now that many people can’t run their businesses properly, or are receiving reduced salaries, or unemployment benefits, they can’t pay their bills. The government is offering emergency bailout packages or aid but clearly they aren’t enough to fill the shortfall caused by a decreased or non-existent income. So what do we do? Blow the government grant on a vacation to take a break from the harsh reality and help make everyone feel better? Save it for upcoming bills or longer term unknowns?  Not a simple decision.

Insufficient finances have always been one of the major causes of stress. Now many more people are facing much higher stress levels, which is having a majorly negative impact on their health. One way of relieving stress is to plan. We aren’t in control of most things, as corona is showing us very forcefully, but when we plan we are setting ourselves up for a better future and simultaneously relieving some stress as we gain a feeling of control over the situation.

So back to the question of how to spend a government grant, for example? The answer has to be in finding a balance between using the money to help us feel better, while also being financially responsible. We are living in a new reality and we will be paying the price in the years to come. Step back and evaluate your situation and plan. Most people need to change their attitude towards what is normal expenditure, as even once a vaccination or medication is developed, the world as we knew it will be different.  All countries will have to find ways to recoup the astronomical deficit they have accumulated due to the ramifications of corona.  And the impact on individuals and families is likely to last much longer than most of us think.

As William Arthur Ward phrased it so aptly – the pessimist complains about the wind; the optimist expects it to change; the realist adjust the sails. It’s time for us all to adjust our sails.

Is there a financial issue you would like us to cover? Email shelley@labinsky.com with your suggestions.

The joys and challenges of the sandwich generation