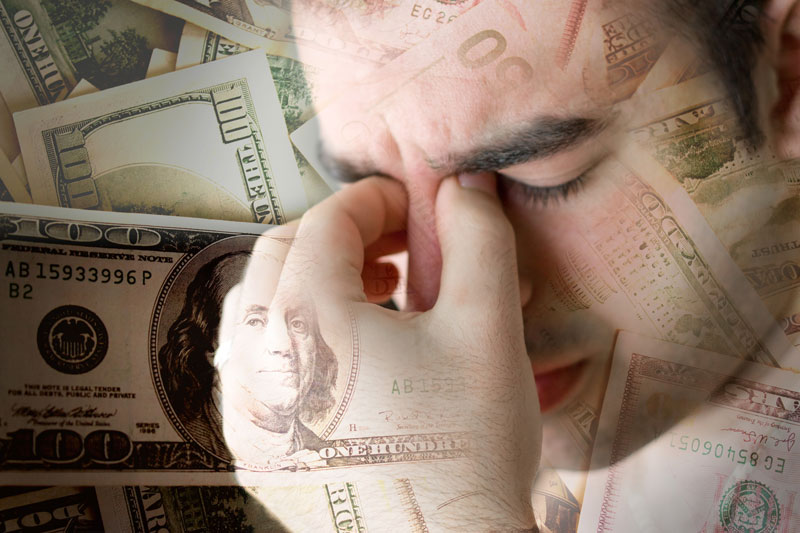 When your money isn’t there for you

Two recent, unconnected events in the US compelled me to write this article – as a wakeup call to anyone living in Israel, who has the majority of their money somewhere overseas.  If you haven’t already ensured that you have a percentage of your funds readily available in Israel, read on and I sincerely hope you will be convinced to do so.

Many people were forced to confront a changed reality when they recently went to cash a US check at their local moneychanger.  Due to a regulatory clampdown in the USA, most of the moneychangers in Israel (who apparently have been using the same small clearing house in the US – a small credit union in Florida) were unable to cash US checks in Israel.  Countless people, suffering differing degrees of inconvenience, had to explore a variety of avenues to access their cash.  While various work-a-rounds and alternatives to cashing checks through money changers  in Israel exist, the convenience of being to walk into a store and have access to  cash immediately is almost unparalleled.  There are other ways to get cash from your account in the US, e.g. you can wire money or use a credit or debit card.  But cashing a check was the simplest and easiest way to do it.  Until you couldn’t. And you had to find an alternative way to get that money you were counting on.

While the traditional method of depositing checks in Israeli banks remains an option, anyone who works with the Israeli banks for seemingly simple transactions like depositing foreign checks, knows why so many people have preferred the simplicity of working with money changers.   The moneychanger saga is just one episode that hopefully will be sorted out shortly (or might have already been sorted out by the time this article goes to print).  But any way you look at it, it just serves to reinforce that common sense point that says always ensure that you have a certain percentage of your funds locally to lessen the risks associated with unexpected financial events and changes in the regulatory environment.

And then Chase Bank notified some of their US customers holding certain accounts that it will begin banning some customers from sending international wire transfers after November 17, 2013.

Some online phobics grasped this letter as proof that this is the first step that the major banks will be imposing currency restrictions and prevent the free flow of currency outside the US.  I remain unconvinced that Chase is actually starting to implement capital controls.  It could be that these limitations are due to other considerations regarding those specific accounts.  More expensive accounts don’t seem to have that issue at present.  However, the point that I want to stress is that everyone needs to know where their money is and how easily it can be accessed.

The US came within a day or two recently of potentially defaulting on its debts.  Even though most people (including myself) didn’t think that they would default this time around, the bottom line is that no-one really knew, and no-one can predict what will happen in the future.   The political dysfunction in the USA leaves all possible scenarios on the table.  If the US was ever to default, even briefly, on their debt, could there be a run on their banking sector?  Could US-based banks institute capital controls to avoid a run on the US dollar?  However unlikely such a scenario appears in the near future, expatriate Americans need to consider it a real possibility that might limit access to their money in the future.  Another excellent reason to ensure that you have sufficient resources close to you here in Israel.

This article only appears to be US centered because of the two recent incidents that occurred in the US.  However, the situation is potentially the same for every country.  Regulations continue to be tightened throughout the globe.  There have been many examples across the world of situations that arose that limited access to people’s savings.  Take Cyprus as a recent example, where capital control prevented people from taking out their hard earned savings.    Did Cyprians really think that their banking system would collapse and currency controls would be imposed? Obviously they didn’t as there were trillions of dollars of deposits on the island just prior to the imposition of very strict capital controls.

Don’t be misled.  The issue is worldwide.  The real question is – are you properly prepared if you are confronted by a financial event or new order that even the professionals couldn’t predict?

Are we at the top yet?