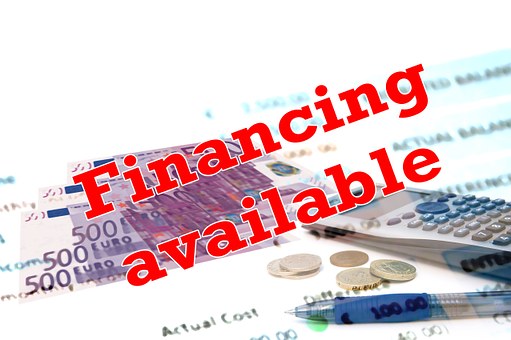 If you have very little or no idea what the personal credit rating system is and how it might impact your life in Israel, don’t worry – you are not alone! But it is something that you definitely need to be aware of. On April 12, 2019 with very little fanfare or fuss the personal credit rating scheme came into effect in Israel. Despite the lack of attention, this very significant step is likely to bring about a huge change in the consumer credit market, and impact all of us.

What is a personal credit rating?

Before the introduction of the credit rating system your financial history was only visible to your bank (with the exception of certain controlled information which was passed on to BDI, a company that collected limited consumer information). In contrast, under the new setup your complete financial history for the past three years will be analyzed and you will receive a credit rating which will be used as the basis to determine the rates of any loan you may apply for.

Is it a good thing?

For financially stronger families it should mean increased competition and more competitive interest rates on loans, if you are willing to go through the process of contacting multiple banks. Those who have a less stable financial history, including unpaid loans and bounced checks, will have a harder time getting a basic loan or even an overdraft approved, and will have higher interest repayment rates.

The consumer credit market is worth approximately 190 billion shekels and grows by 5-10 billion shekels every year.  This amount excludes mortgages, but comprises loans that people take out to pay for, among other things, renovations, the cost of a simcha, and vacations.

Until now over 80% of loans were taken from each individual’s specific bank, with Hapoalim and Leumi handling the lion’s share. The reason for that is quite simple – the banks were the only ones that had your financial history going back years, and had you gone to another bank they would have been suspicious as to why your bank wasn’t offering you a loan. Another bank also wouldn’t have been able to see your spending patterns to know what kind of a financial risk you are. But that situation meant that your bank had no reason to offer very competitive terms because they knew you had no real alternative, as they had a monopoly on your financial information.

According to Tzuriel Tamam, the Bank of Israel Supervisor of Credit Data Sharing, the original idea was to improve conditions for over 90% of Israelis who take out loans, and who are financially responsible when it comes to paying back their debt. These people will stand to gain from the new system.

According to the Bank of Israel, the average consumer credit rate in 2017 was 5.87% as compared to the approximately 2.5% rate in the middle sized and large commercial sector. Although the consumer credit market is riskier than the commercial, one of the main reasons for the significantly higher interest rate was the lack of competition. But that is all set to change now.

Recognized credit institutions will transfer information to the Bank of Israel once a month. The Bank of Israel will centralize and manage all the information. As things stand now, your billing history with the electric company and the local authorities will not be part of the calculation, as the reasoning is that non-payment of those type of bills could be due to a family dispute rather than financial limitations. The system will also not contain information relating to assets or income, and will be unrelated to demographics such as religion, country of origin, sex or place of residence.

Everyone has the right not to be part of the credit system. You can either choose to opt out completely and then join should you ever need a loan, or you can let the Bank of Israel have theinformation but request that they don’t share it with the credit organizations. The benefit of the second option is should you want to apply for a loan you will have a financial history of years, rather than the ‘starting from scratch’ alternative.

Currently non-bank recognized credit institutions have a consumer credit share of about 15 billion shekels, out of the total 190 billion shekels. One of the main reasons preventing them having a larger share was the lack of information relating to the potential client’s financial background, and their lack of ability to categorize client risk. The new credit rating system will provide these institutions with all the information they need, without the need for setting up their own system. Previously, recognized credit institutions had considered expanding their market presence but avoided it due to the high costs of setting up a parallel system. Some of these costs have now been removed by the national credit rating system. The banking sector is faced with the concern that the recognized credit institutions will increase their market share, at the expense of the banks, either directly or in partnership with the credit cards companies, like Isracard and Leumicard (now known as Max) which have been separated from the banks. All of which means increased competition which should lead to the ultimate benefit of those seeking better rates for a loan.

Who is at a disadvantage?

But what happens to those who don’t have a good financial history? According to Paamonim (a non-profit organization in Israel that helps struggling families in Israel become financially responsible) 57% of their clients have 4 or more loans, and 18% have 10 or more loans. Because those living in debt often take out many loans, they regularly go to a variety of sources including banks, credit card companies, kupot gemel, and possibly other organizations that aren’t regulated. Under the old system no one organization knew about any other loans that their client had taken out. That will no longer be the case and could lead to higher interest rates and increased difficulties for those seeking to obtain extra credit.

The Bank of Israel’s response is that having multiple loans with no real means to repay is far from ideal. Therefore, it’s to the client’s ultimate benefit that they will not be able to take out loans with no means of paying them back. Whereas this is true, it means that people who were dependent on the credit market to get through the month, or afford a large expense like paying for a simcha, will be in a bind.

The Bank of Israel was supposed to set up a special fund specifically to help those who could not obtain credit (but who are working with a company or non-profit organization to repair their credit rating) but the new fund is nowhere in sight. Unfortunately, this is an example of the sometimes less than optimum planning within the Israeli financial system.

Young couples will be at a disadvantage as they have a low credit rating due to their lack of financial history.

The credit rating system has already come into effect. The Bank of Israel’s intention was to improve the competitiveness of the Israeli home credit market to the benefit of the many financially responsible Israelis who take out loans. The system has been set up to enable that to happen, and encourage more people to become financially responsible.  The hope is that the weaker elements of our society will not be adversely affected.

No Pain No Gain!