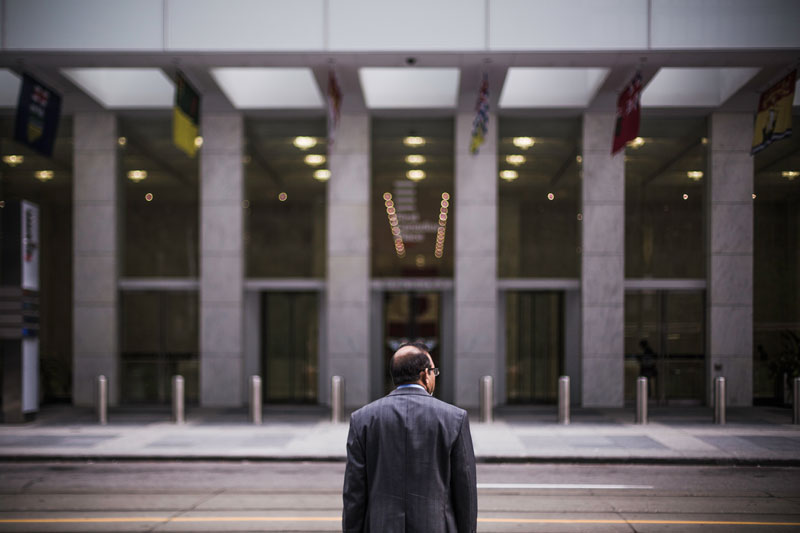 A few weeks ago a couple came to my office with a stack of retirement policies. They confessed to feeling slightly incompetent that they were unable to identify any major feature in any of the policies. I tried to reassure them that their competence was not in question, as the whole system sometimes seems to be skewed against simplicity and clarity. And if I hadn’t managed to convince them at the start of the meeting, they certainly agreed by the time we finally made order of their policies and life insurance outlays.

After reviewing and assessing the level of life insurance that they felt they needed, they returned to their life insurance agent to clarify the issue. Despite being armed with a list of their needs and policy information, it took them several conversations until they received the information they requested (unfortunately this is all too common an occurrence when trying to get straight answers about your policies). It turns out that they were paying much more than they thought – and in no way was this because they were remotely incompetent – simply their fees were not being reported to them openly in their retirement policies. When they tried cancelling the life insurance in their retirement policy, their agent was vehemently opposed and attempted to convince them otherwise.

In a follow up meeting with the couple I explained why and how they needed to continue with the change until they understood the rationale and were able to force the agent to implement their changes.

The reason I am sharing this story is because so many people are in the very similar situation of not having a clear picture of exactly how much they pay every year for their life insurance.

In theory, our government mandated retirement savings programs in Israel mean that Israelis have a better chance of accumulating significant savings for retirement. I often point out to olim that the mandatory pension contribution system is one feature of our financial structure that helps the average person save tremendous amounts of money towards retirement.  While savings rates in many western countries languish in the lower single digits, the percentages saved by the average Israeli are rather high in comparison. Minimum obligatory savings rates approach 18% while the average professional in Israel can often end up saving closer to 28% of their pre-tax salary.

So although the fact that Israelis are ‘forced’ to save via pension funds such as bituach menahalim, kupot gemel etc sounds incredibly helpful and productive, there are two very important variables that can have negative impact on your savings:

The differences of the various funds are beyond the scope of this article, but most pensions include an insurance component; sometimes this is built into the product while other times it is a separate add-on that must be approved/chosen by the client. And while many regulatory changes have definitely made it easier for the average person to understand their pensions, projected savings and insurance components, unfortunately there’s still a high degree of complexity. And most people don’t realize the degree to which insurance eats away at their long term savings.

Life insurance by nature is generally cheaper when you are younger, and grows as we age. A million shekel life insurance policy for a healthy thirty year old will be a fraction of the cost of that of a healthy sixty year old. If we don’t understand how much we are paying for insurance and how that will grow over time we are liable to see more of our savings going to insurance and less to our long term savings.

That’s why I recommend to many of my clients to separate their long term savings plan from their life insurance scheme. If you get a separate bill for life insurance on a yearly basis you will know exactly what you are paying and make educated decisions as to the level of insurance you require and how much you want to spend on it.

The more time you remain unaware of the increasing amount you are spending on life insurance the less funds are being channeled in the direction of your savings where they would serve you much more productively.

Obviously everyone needs life insurance, but it must be managed in a transparent manner and assessed every year or two, and not rolled over automatically from the initial pension plan that you signed off at the beginning of your career.

Those high percentages I mentioned in the beginning of the article obviously only work for you if you avoid accessing the money. Your funds will have tremendous increased impact over time if left to compound. And while keren hishtalmut and pitzuim can be a great source of cash flow when they become available, make every effort to avoid touching them if possible.

Don’t ignore your pension and life insurance reports. Just because they suited your needs when you set them up initially doesn’t mean that they are serving you properly now. Sit down and work out how much you are paying for your life insurance and decide how much you need. If you can’t make sense of these unnecessarily complex reports, don’t be put off. Ask someone to help you. And keep asking questions until you get the information and answers you require. And then based on that information adjust your policy to suit your needs … and continue to assess them every year.