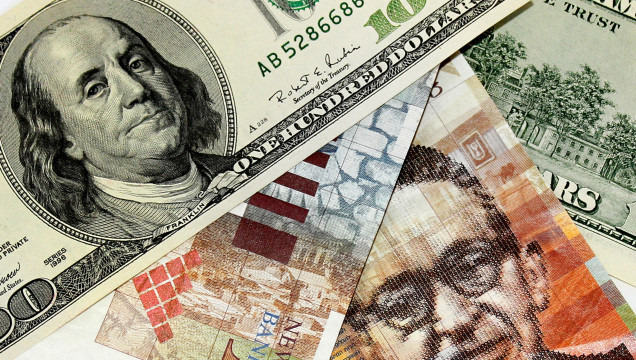 If you are about to realize your dream of Aliyah – Mazal Tov!  It is an amazing and huge step that hopefully will add much happiness and meaning to your life. But with all the practical, immediate details that you are finalizing now, you also need to consider the longer-term financial ramifications of switching countries – and currencies – to ensure your continued financial stability. If your Aliyah is not planned for the immediate future, it is never too early to consider the financial implications of your move – whenever it is planned. No matter what stage of Aliyah you are at, you are undoubtedly contemplating what to do with your foreign currency savings when living in Israel.

Transferring large amounts of savings into Shekels often feels uncomfortable, as you might well feel more secure with your money in the currency that you have become accustomed to until now. You are probably far more familiar with the financial institutions in your country of origin which might also inhibit a dramatic financial shift to Israel. You should be comforted to know that most Olim continue to have a financial connection with their former country and its currency and financial system. It is recommended to maintain your existing bank accounts and investment accounts as income is often generated long after you make Aliyah. This might take the form of foreign currency monthly pensions and social insurance payments, or investment dividends or distributions in your former country. But if your assets and income are derived in a non-Shekel currency, you are exposed to risk, related to the strength of your former local currency. Your expenses will be largely denominated in Shekels while your savings are exposed to the rise and fall of a foreign currency.

Once you are living in Israel – certainly in the beginning – you will have large expenses that your salary will probably not be able to cover. You will therefore need to convert your money periodically into shekels. So how and when do you transfer your foreign currency to Shekels, so as to maximize their value?

Many people are able to bring over money periodically and this flexibility will allow you to follow the rule – sell when your currency is strong and have patience when it’s not. Not only will it reduce your currency risk, but it will provide you with the opportunity of locking in gains which is a surefire method for making money rather than losing it. So while you always risk losing out on future gains, you also prevent yourself from losing your current gains if a sudden correction materializes.

Is this always a guaranteed way to get the best possible rate, the highest value during the current month, quarter or year? No! Hitting the top on a consistent basis is nearly impossible. But to reduce your risk and lock in fluctuating gains, you don’t need to hit the top. You need to plan ahead and lock in gains at reasonable rates, when those opportunities arise.

Ever noticed how the average holders of foreign currencies tend to clutch on to their dollars, pounds or francs as they rise in value against the Shekel, and only think about converting their foreign currency into Shekels when the Shekel (NIS) is gaining in leaps in bounds? Instinctively we tend to think, “wow! It has already gone up 15% this year, maybe it will go up another 15%”.  This mistaken analysis leads many people to do exactly the opposite of what successful money managers do – sell high and buy low. When the dollar sinks to an exchange rate approaching 3.3 or 3.2 NIS to the US dollar, everyone starts selling dollars but when the dollar recovers and rises to a rate above 4 NIS, no one wants to convert. Hmmm – something seems wrong here.

I want to qualify the remaining analysis with the following caveat: I cannot (nor do I believe that the average person can) predict the value of the Israeli currency in either the short or long term. I can provide my own opinions and arguments in favor of this way or that, but ultimately the international currency markets are highly volatile, and I have seen incredibly experienced and successful currency traders lose 80% of their money overnight. Instead of trying to anticipate where currencies are headed, the average person should focus on one simple principle. During times of currency strength, hedge your bets and convert your money when your currency is strong. During times of currency weakness, don’t panic – stay put. Most major currencies fluctuate tremendously over time and there are enough significant movements to allow you opportunities to follow the rule above.

So the next time you see the dollar jumping up, look at your assets and your future cash flow needs and evaluate whether this might be a good time to realize some gains and convert your money into Shekels. Planning ahead and not holding out for that extra strong currency leap will reduce your overall risk exposure and lock in gains leaving you well ahead in the long run.

currency conversionfinancial planninginvestment planning
Previous ArticleTo buy or not to buy - that is the question
Next ArticleThose lazy, hazy, expensive days of summer